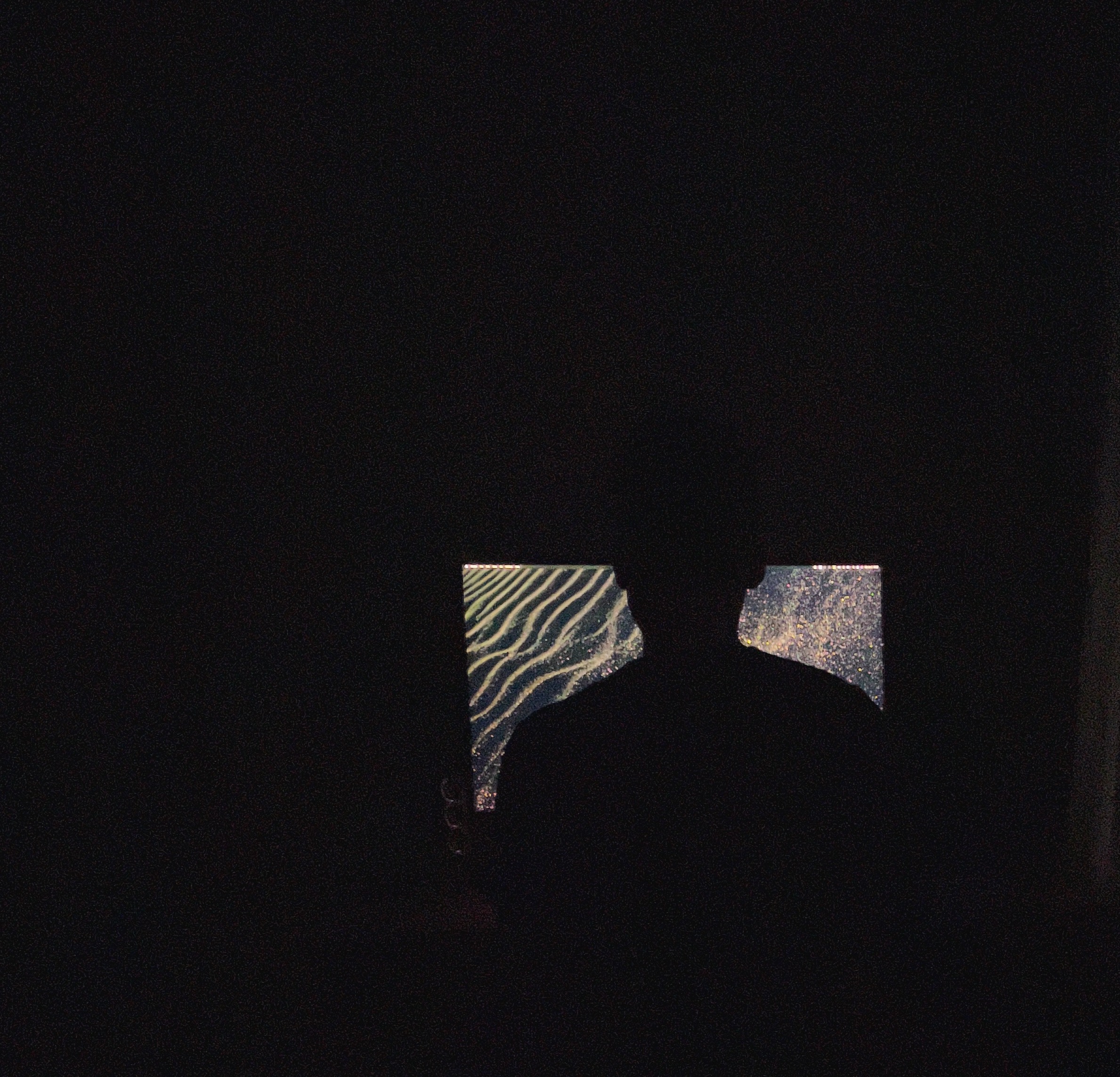 Earlier this year I was having trouble with some of the settings on my iPhone. Essentially, the years of restoring from iCloud backup had maybe caught up with me and I decided to reset my iPhone to factory settings, starting from scratch. Boy, did I mess up. In my haste to nuke my problems from orbit, I — self-admittedly stupidly — did not turn off two-factor authentication on all of my accounts, losing the valuable Google Authenticator codes to nearly everything I used in my digital life. Luckily, most of my accounts either came with a backup SMS option (totally less secure), or single-use backup codes, which I had stored away.

Over the next few days I managed to restore all of my accounts, and quickly re-saved new backup codes in case this ever happened again. There was, however, one property that either didn’t have backup codes, or I didn’t save them, and that was my Facebook accounts, which included Messenger and Instagram. I searched far and wide for some inkling of a screenshot, a text snippet, checked and rechecked my 1password account and its backups — but nothing. I had to put my tail between my legs and grovel to the Menlo Park menace for my accounts back.

Some of you probably already know where this is going, and others may know my seething hatred for Facebook, and its manipulation, democracy destruction, privacy infringing, not to mention anti-competitive stranglehold on everything social. I was able to retrieve my Instagram account by answering some questions about my account, and my email address, which, I have to say kudos to their customer reps for being helpful.

Facebook proper, however, would rather I send them my driver’s license, or any equivalent official identification — with my face, my address, my date of birth. This is perhaps my biggest quandary. Would I offer what little privacy is left in the world (information Facebook likely already has on me), just to get my social circle back? What would they do with my ID? I certainly don’t trust their claim of storing it in a secure location for a some time then deleting it. Especially after leaving 550 million account records unsecured in plain text on an AWS server.

What do you have to hide, Shawn? Everything and nothing. A right to privacy is not criminal. Facebook, for all of their data on me, you, and everyone with a connection to the internet would say, “hey, it’s your choice to use our service.” Except… not really. There’s no alternative. There’s no Coca-Cola to Facebook’s Pepsi. My data is just that, mine — whether I entered it into the system myself, or they siphoned it from me through any of their countless, greedy tentacles. Not only is the data mine, my social circle is mine too. Why can’t I take my friends list out to another platform? (I can bring my contacts from iOS to Android and back). Why can’t I chat with Facebook friends from another platform? (I can call you even if we aren’t on the same carrier). Why do emergent social platforms keep getting either acquired, their ideas stolen, or smothered by Facebook?

Facebook sits on a fine line between useful utility and a malicious enterprise at best, or a national security liability at worst. Over the years we’ve all watched it grow from a laughably open forum for freely telling everyone we just ate Cheetos, to now, a place where mom and pops mindlessly share misinformation, foreign actors fan divisive rhetoric, hate groups organize, and information about us is mined from across the web to make sure we buy buy buy. Facebook’s most valuable asset is, and always has been, its user base. That’s its product. That’s what locks you in. That’s what keeps Marky on the lookout for competitors — other people’s innovations and user bases he can squash or steal.

This week I had a meeting with a former colleague who I consider influential, and of great social capital. He mentioned he would like to add my business partner and I to a group of like-minded people talking tech. I was happy, as the pandemic has worsened my social outreach, my ability to maintain social relationships and in the end, build my social and professional network. The problem: that group is on Facebook Messenger, an account of which is dormant due to my inability to regain access without giving up my government ID.

So again, I’m at a crossroads, do I care enough about giving in to the big F’s request for my government issued identification to miss out on potential opportunities? Or do I stick to my guns, keep those accounts dormant, and stay a pariah, hoping some regulatory body will fix the problems of this social network?

Let’s also be frank here — I’m whining. Facebook forces you to use an ID to prove who you are to prevent bad actors from co opting accounts for malicious purposes. This process would be fine with me if there were some reassurance that my data was safe. I just don’t trust Facebook.

When Facebook bought Instagram, it did so to stop a burgeoning platform from stepping into Facebook’s dominance. When it attempted to buy Snapchat, it did so to also quash an innovative product — and in the process stole features, integrating them into Instagram. When Facebook bought WhatsApp, it feared Messenger would become irrelevant as a different massive, global private messaging platform gained loyal and engaged users. Now, Facebook has under its wings four of the biggest social platforms in the world — and like that, continues to kick the ladder off the ledge, keeping competition from ever reaching such heights. Now, as regulatory bodies circle Facebook, Mark and his teams are frantically trying to tie Messenger, Instagram Direct Messages, and WhatsApp together into one giant messaging platform to create the argument that it's too intertwined to break up.

What’s to stop me from launching an app, complete with all modern social utilities to compete with Facebook? Network effects and precedence. How on earth anyone can compete with a network of 3 billion people, and hundreds of billions of cash on hand is beyond me. Instagram tried. Snapchat tried. WhatsApp tried. Hell, even Twitter tried. On its path to dominance, Facebook has overshadowed and crushed the likes of MySpace, Google+, Path, Ello, Peach, Cocoon, and many many others who popped up and failed to slay the blue beast. Soon, too, they may finally be able to able to kill Craigslist (and Kijiji in Canada), Nextdoor, and should they get lucky, TikTok.

There’s not much one can do to stay social on today’s internet, but to fully and completely submit to Facebook. But what about tomorrow’s internet? What about virtual and augmented reality? Surely Facebook can’t. Oh yes, they can, and they’re winning. With their Oculus acquisition, Facebook made the promise that they would (again, relying on the innovations of others) become the de facto platform for the future of computing. A world where all your virtual desires would be catered to by Facebook. A world where not only everything you say, but everything you do, what you look at and what you think would be captured and used for whatever Facebook desires. This includes ads, political manipulation, social control, and even your intellectual property, should you think of something novel on their platform.

This is Facebook’s total domination of the social space. A massive network, run by an admirer of Augustus Caesar, who stops at nothing to steamroll, steal, and acquire as much as possible before the regulatory bodies can catch up. And here we are, on the precipice of massive US lawsuits accusing Facebook of anti-competitive actions. My only hope is they have the spine to follow through and finally sneak out a win for the consumer. In the meantime, I will continue to hide away, concealing my email address from the prying eyes of the ad empire, denying access to my data, and using separate channels to communicate until I can eventually regain access to my social circle — of which are locked away in Facebook’s data vacuum.

Check out some other Ideas

The initial reaction one should have to the events of the past twelve months: Blindsided. Caught without any forward vision, government leadership and corporate managers alike have scrambled to react to drastic changes in the social, econo…

The heavy glass doors slid open—whoosh—the only sound in the hallway besides their footsteps. From ear to ear, a man smiled, though forced as it was required of him. He had been a good participant today.He was arrested for failing to watch…

You snap a pair of magnetic sun shades on your AR glasses as you exit your home. The door automatically locks behind you as your new electric car awaits you in the driveway — lights on, interior climate adjusted, and Podcast queued up for…